The LGBTQ Community and Addiction 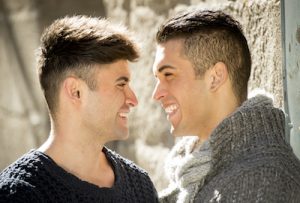 This October is the 17th annual celebration of LGBT History Month, a time dedicated to recognizing important moments in the history of lesbian, gay, bisexual, and transgender people. The Addiction Center, wanted to take this month to focus on reaching out and supporting the LGBTQ community. I have therefore posted this information directly from their website.

Members of the LGBTQ (Lesbian, Gay, Bisexual, Transgender and Queer) community face a number of challenges that have contributed to a high rate of addiction.

LGBTQ-specific treatment centers are sensitive to the needs of that community and address any underlying aspects that may have caused an addiction. This is instrumental to the recovery process.

The LGBTQ community is prone to substance abuse at a disproportionate rate compared to that of the general population. This is due in part to a number of societally imposed obstacles that they face, often on a daily basis, that those who identify as heterosexual typically don’t.

A few of these challenges include:

Oftentimes, LGBTQ individuals will turn to drugs or alcohol as a way to self-medicate from the prejudice they face in everyday society. Substances can help temporarily numb uncomfortable feelings they may be experiencing, such as depression, anxiety, anger or fear.

An aspect that may provide internal conflict for members of the LGBTQ community is that oftentimes, they are forced to live a “closeted” life. This is where they hide their sexuality from others in fear of rejection, and lead a double life in regards to acting on their sexual orientation. Keeping one’s sexuality a secret is a big psychological toll that may lead to the development of mental or emotional conditions or disorders.

Common psychological or emotional disorders among the LGBTQ community include:

In addition to the societal challenges they face, an LGBTQ individual may also be experiencing physical or health issues related to their sexuality. These can also contribute to an addiction and may include:

Many individuals who identify as LGBTQ have a co-occurring mental or sexual disorder that either led to a substance abuse problem or is perpetuating this abuse. When considering which treatment option is best for an LGBTQ individual, there should be a focus on addressing any co-occurring disorders to allow for the highest chance of sustained sobriety while in recovery.