Married Men Coming Out!: The Ultimate Guide to Becoming the Man You Were Born to Be 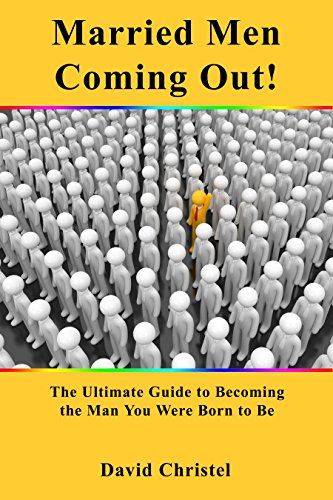 “Married Men Coming Out” enables a man to come to terms with the issues surrounding his coming out, reduce and alleviate some of his fears, and give him the strength and courage to become not only a role model for others, but a pioneer and an educator. “The greatest gift you can give anyone is the truest essence of yourself.”

The purpose of this book is not to provide reasons for or against homosexuality. It is, though, a guidebook for those who, having lived a heterosexual lifestyle, realize that they’ve made a mistake in denying and suppressing their true identity — that of being attracted to members of their own sex — and now realize that being married and even having children, they can no longer live a double life. They need to be who and what they are: gay.

Dr. Loren A. Olson has frequently been asked two questions: How could you not know that you were gay until the age of forty? Wasn’t your marriage just a sham to protect yourself at your wife’s expense? In Finally Out, Dr. Olson answers these questions by telling the inspiring story of his evolving sexuality, into which he intelligently weaves psychological concepts and gay history. This book is a powerful exploration of human sexuality, particularly the sexuality of mature men who, like Dr. Olson, lived a large part of their lives as straight men—sometimes long after becoming aware of their same-sex attractions.

Dr. Loren A. Olson has frequently been asked two questions: How could you not know that you were gay until the age of forty? Wasn’t your marriage just a sham to protect yourself at your wife’s expense? In Finally Out, Dr. Olson vigorously answers both questions by telling the inspiring story of his evolving sexuality, into which he intelligently weaves psychological concepts and gay history. This book is a powerful exploration of human sexuality, particularly the sexuality of mature men who, like Dr. Olson, lived a large part of their lives as straight men – sometimes long after becoming aware of their same-sex attractions. See this article.

Over the Cliff: Gay Husbands in Straight Marriages

Over the Cliff is a self-help book for husbands and wives living in straight/gay marriages. Over three million gay men in the United States and millions more around the world are living double lives in marriages to women due to societal pressures or a lack of understanding their homosexuality at the time of marriage. This book has over a dozen interviews with men who have lived through this experience and offer their insights to others.

The book is co-authored by Bonnie Kaye, M.Ed., an internationally recognized counseling specialist for straight wives married to gay men and Doug Dittmer, a gay husband peer counselor who has worked with Kaye over the past five years helping numerous gay men in marriages come to terms with their homosexuality so they can move on to more fulfilling lives.

The Velvet Rage: Overcoming the Pain of Growing Up Gay in a Straight Man’s World

Despite the progress of the recent past, gay men still find themselves asking, “Are we really better off?” The inevitable byproduct of growing up gay in a straight world continues to be the internalization of shame, a shame gay men may strive to obscure with a facade of beauty, creativity, or material success. Drawing on contemporary psychological research, the author’s own journey to be free of anger and of shame, as well as the stories of many of his friends and clients, The Velvet Rage outlines the three distinct stages to emotional well-being for gay men. Offering profoundly beneficial strategies to stop the insidious cycle of avoidance and self-defeating behavior, The Velvet Rage is an empowering book that will influence the public discourse on gay culture, and positively change the lives of gay men who read it. 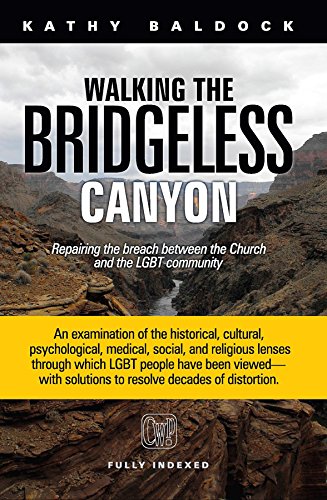 Walking the Bridgeless Canyon: Repairing the Breach Between the Church and the LGBT Community

In 2001, Kathy Baldock, a straight conservative evangelical Christian, met Netto Montoya, a lesbian Native American, on a local hiking trail near her home in the Sierra Nevada. Their developing friendship challenged Baldock’s cultural and religious beliefs about gay, lesbian, bisexual, and transgender people.

Baldock constructs a narrative timeline, including fascinating stories and personal testimonies, detailing the historical and current social, medical, cultural, and religious discrimination which have impacted the gay and transgender communities, with particular focus on the intersection of the conservative political and religious right beginning in the late 1970s.

Gay, Straight, and the Reason Why: The Science of Sexual Orientation

What causes a child to grow up gay or straight? Although many details remain unresolved, the general conclusion is quite clear: A person’s sexual orientation arises in large part from biological processes that are already underway before birth. LeVay also makes it clear that these lines of research have a lot of potential because–far from seeking to discover “what went wrong” in the lives of gay people, attempting to develop “cures” for homosexuality, or returning to traditional explanations that center on parent-child relationships, various forms of “training,” or early sexual experiences–our modern scientists are increasingly seeing sexual variety as something to be valued, celebrated, and welcomed into society.

Outing Yourself: How to Come Out as Lesbian or Gay to Your Family, Friends, and Coworkers

No matter how much you prepare, coming out as gay or lesbian is a difficult, emotional process — a process that will continue long after the words are spoken and the secret is out. There’s no magic formula, but Outing Yourself by Michelangelo Signorile offers structure, guidance, and straightforward advice to all those:
WHO ARE STRUGGLING WITH THEIR SEXUALITY AND UNSURE OF WHAT TO DO
WHO HAVE ACCEPTED THAT THEY ARE GAY BUT ARE STILL AFRAID TO COME OUT
WHO CONSIDER THEMSELVES OUT OF THE CLOSET BUT REALIZE THEY HAVE FARTHER TO GO
Signorile’s 14-step program — complete with exercises, meditation notes, and anger checks, as well as the accounts of the coming-out experiences of other lesbians and gay men — shows how you can successfully handle this life-changing, life-renewing process. A guide for the coming-out journey, Outing Yourself will convince all who read it that, in the words of the author, “The stress of coming out will never be as hard on you as the stress of staying in was.”

Coming Out Under Fire

Despite the many histories of the fighting men and women in World War II, none has been written about the estimated one million homosexuals. Here is a dramatic story of these people, revealing the history of the anti-gay policy pursued by the U.S. military authorities in World War II. Two 8-page photo inserts.

Coming Out and Disclosures: LGBT Persons Across the Life Span

Coming Out and Disclosures: LGBT Persons Across the Life Span brings together into a single source the latest research and current thought on the experiences of LGBT persons in a heterosexist society. This resource, which is also useful as a supplemental textbook, can be used as a guide to practice for professionals and can be used for in-service training and workshops. This invaluable book has an extensive bibliography.

Coming Out and Disclosures: LGBT Persons Across the Life Span is an essential guide for any LGBT individual preparing to enter the coming out process, and practitioners in the helping professions, such as social work, counseling, and mental health.

Stranger at the Gate

Until Christmas Eve 1991, Mel White was regarded by the leaders of the religious right as one of their most talented and productive supporters. He penned the speeches of Ollie North. He was a ghostwriter for Jerry Falwell, worked with Jim Bakker, flew in Pat Robertson’s private jet, walked sandy beaches with Billy Graham. What these men didn’t know was that Mel White—evangelical minister, committed Christian, family man—was gay.

In this remarkable book, Mel White details his twenty-five years of being counseled, exorcised, electric-shocked, prayed for, and nearly driven to suicide because his church said homosexuality was wrong. But his salvation—to be openly gay and Christian—is more than a unique coming-out story. It is a chilling exposé that goes right into the secret meetings and hidden agendas of the religious right. Told by an eyewitness and sure to anger those Mel White once knew best, Stranger at the Gate is a warning about where the politics of hate may lead America… a brave book by a good man whose words can make us richer in spirit and much wiser too.

Adam’s Gift: A Memoir of a Pastor’s Calling to Defy the Church’s Persecution of Lesbians and Gays

Jimmy Creech, a United Methodist pastor in North Carolina, was visited one morning in 1984 by Adam, a longtime parishioner whom he liked and respected. Adam said that he was gay, and that he was leaving The United Methodist Church, which had just pronounced that “self-avowed practicing homosexuals” could not be ordained. He would not be part of a community that excluded him. Creech found himself instinctively supporting Adam, telling him that he was sure that God loved and accepted him as he was. Adam’s Gift is Creech’s inspiring first-person account of how that conversation transformed his life and ministry.

Abigail Garner was five years old when her parents divorced and her dad came out as gay. Like the millions of children growing up in these families today, she often found herself in the middle of the political and moral debates surrounding lesbian, gay, bisexual, and transgender (LGBT) parenting.

Drawing on a decade of community organizing, and interviews with more than fifty grown sons and daughters of LGBT parents, Garner addresses such topics as coming out to children, facing homophobia at school, co-parenting with ex-partners, the impact of AIDS, and the children’s own sexuality.